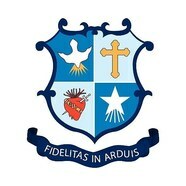 On an early January day, a strong, cool December wind danced through Templeville Road towards spring, while the sun seared a low horizon and a new year of AIL entered. Even our faithful foxes seemed to sense a resurgence, as their bright intelligent eyes, shyly peeped out at the perimeter. Being that the rearranged game, fell in line with our club annual dinner date, gave added frisson to the occasion.

All that was put aside as the teams took to grass. The vision of the two teams raised hopes and spirits.

Sean had to field a team missing some key players. The unsympathetic and searing south west wind, backed by the glaring, near horizontal sun, sprinted towards the Templeville Road end and invited its judicious use on the one hand, while prompting nervousness on the other. If a team playing up towards the Cabbage patch could hold the score within reasonable limits to half time, it could offer rewards. Indeed it looked feasible for Marys, who faced that situation at half time, when down by 17 points. However, some questionable individual decisions and errors played a major part in thwarting that end. It was a bitingly disappointing result, particularly for Skipper Ronan Watters who never stopped working, driving, covering, carrying and exhorting. The coaches were obviously not happy and, even ever positive president, Gareth, was not smiling afterwards either.

However, recriminations will not help and it is hoped that big lessons will be learned by the players on composure, concentration and decision making. Every team has a bad day and this was one of ours. We were not helped either by lack of continuity due to a stream of penalties conceded. Highfield, who well deserved their win and were in control of the ball for long periods of the game, have a very bulky pack with some behemothic players. So, conditions suited them today, although second half they seemed to flag. It was encouraging to see players like Mark Fogarty, strive vehemently all game. He made inroads on several occasions, put in cover tackles and when moved from 15 to 9, lifted the pace, and having robbed his opposite number after a scum, made a flashing break, for hurtling Hugo Conway, to score one of his two fine tries. Mark received the SoftCo MoM award.

Now we face the same opposition next Saturday as the reverse order schedule of games unfolds, and the second half of the league commences. This is an opportunity for us to reverse the result right away. The players will have been stung and will put in a big response in training and in the match in Cork. There will be big disappointment in the supporters too, so they will it is hoped, be more determined than ever to rally round and make it to Cork. Get a full charge into the EVs and get on the road early!

We have much to be happy about too, as we sit third on the table behind Armagh City, both led by Buccaneers.

Both the President and the Captain had a lot to be happy with later as the Club Annual Dinner was on later in the evening and they excelled as hosts and orators, both gave exemplary speeches at a very successful and enjoyable event.