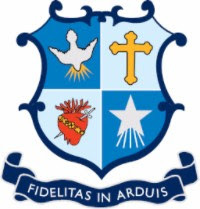 Due to a shortage in supply, we will not be able to honour and fulfill all applications already received.

We will be in touch with all successful applicants in due course. Tickets for Edinburgh and Rome are currently available on the respective Union's websites

With Ireland sitting at the top of the World Rugby rankings, and with newly appointed management in England and Wales, the Six Nations 2023 is not going to disappoint. The World Cup is also just around the corner so there are bound to be surprises and discussion points as coaches tweak their squads.

We open the campaign on the 4th February in Cardiff, a trip to Rome on the 25th February and our only Sunday game is in Edinburgh on the 12th March.

Paid members are now invited to apply for tickets for the home games (France & England). Our allocation for both games and in particular the England game is quite restricted this year due to the national demand.

Unfortunately there will be some disappointment as we will have to decline a number of requests.

Please fill out this form and return it immediately to international.tickets@smcrfc.com.

All applications must be received through this channel so the process can be managed efficiently and fairly. Applications are strictly limited to two tickets per member, where available.

Please note:
Ireland v France is at the start of the school mid-term while Ireland v England is on a Bank Holiday weekend. If you find yourself unable to attend a game, we will ask that tickets are returned to the club so they can be redistributed to fellow members.