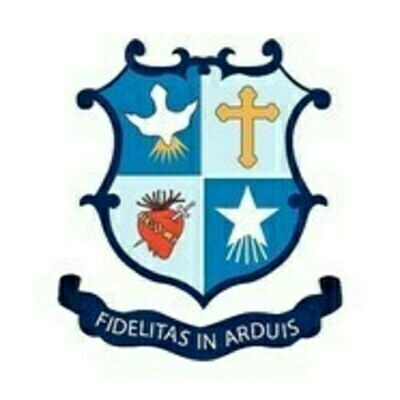 Whether it is Energia Park or Donnybrook, it will ever be embedded in our hearts as the mecca of Leinster rugby and whenever one enters, there is an instant redolence of wintergreen and mud and rock-hard pitches and foot rushes and school anthems and old soldiers never die. Today’s match had all the excitement and tension consistent with the traditions of the ancient amphitheatre.

Last April, St Marys scored 15 points here and just now repeated the difficult task V Old Wesley. The key difference is, this time Wesley scored 10 instead of 22, so we scored our first win against this noble foe since we linked in AIL 1B, 2018. It was a hard earned win, with both sides very even in the first half. Second half when we got to 15 points, and for the first time their lineout stuttered they lost their tight organisation and shape, and a little freneticism infused them.

The game was tight and tense and so there was a good share of errors, mainly dropped balls, especially after the rain came, close to half time. The wind got up for a short while too on a mild day. Both sides had a few problems with lineouts. Once again, our scrum was reliably solid and our rucking good. The ball retention at the breakdown was notable today as was the maul defence and maul use. In fact we had some outstanding mauls, with one mighty maul leading to a penalty and the winning try. Our back row was today, as it is all this season excellent, led by incomparable skipper, Ronan, who seems to revel in his Donnybrook Energia extravaganzas. The two feisty, front rows went head to head, both with one experienced man and two young tyros each; it was fascinating. The oft forgotten area of ball supply, second row, was for St Marys a rich area of positivity and skill today, both 80 minute men, Daniel Leane and Peter Starrett were superb.

What about Peter (Wang) Starrett? Quite honestly, he is often looked at as a reliable, clever player, a steadying influence. That he is of course; but he is infinitely more, and today he was goluptious, indefatigable and insatiable, he was to be found, in rucks, directing mauls, driving through, robbing balls and tackling right across the line, from kick off to kick out, he deservedly was awarded the SoftCo MoM.

It certainly wasn’t just the forwards who did battle, the backline was highly engaged and effective, and indeed was in fact probably the difference between the sides. The halves had a happy afternoon, Adam McEvoy may be the most improved player of the season so far, and today he showed that. He showed confidence in kicking and passing, and did a lot of extracurricular work, especially covering.

The calm influence of Conor Dean, as he leads operations, is vital to his men’s wellbeing and success and he was at his best today, scoring a delightful try and almost making another happen with an exquisite cross kick, taken by Hugo Conway with almost impossible aplomb. His vision and execution of a long pass to Conor Hickey led to terrific try by Hugo Conway. If you were to pick two of the hardest working centres in AIL, you would look no further than Mick and Mark; what a double act, with innumerable curtain calls today. The back three strike force of Conor Hickey, Stephen Kilgallen and Hugo Conway was kept busy today, each one contributing valuably in defence and attack. Stephen got what looked like a strained hamstring, and later in the game had to go off. His replacement, Ryan O’Loughlin, also made a valuable contribution as he is wont to do, later, Andrew Walsh was called into action and answered the call with effort and action.

The game kept supporters of both sides in a state of cardiac stress from the start to the last play as it was such a tight and exciting game. The first half saw Old Wesley mainly in control of the ball and coming close on a number of occasions but it was Marys who scored first, on 12 minutes. A ball run from our own half with several carries and a chip ahead by Deano taken brilliantly by Mick O’Gara was eventually recycled and came back to Deano, he dummied, stepped two, before veering and accelerating in over, the for an exhilarating try, converted by Mick. 0-7. Wesley raised their tempo and pressure and after two almosts, got a fine running try, converted by outhalf Cassidy, on 19 minutes, 7-7. It remained so until half time.

There were many who felt that the home side now in the second half, with the wind and rain in their backs, would push on, but it was a well struck penalty from Mick on 47 minutes, that put the visitors ahead again, although it was only three minutes before Wesley got back to evens with their own Cassidy penalty, 10-10. So it remained then, for fifteen or so minutes. Meantime, fortunes swung to and fro and Marys were building momentum and confidence, while Wesley’s impressive lineouts wobbled and their well organised backline lost some of its shape. The Marys backline was humming with Deano in pilot mode. Then on 64 minutes a Marys throw-in near halfway commenced tight maul and it marched rapidly towards the line, it led to a penalty, a drive, and the ball came back Deano saw Conor Hickey some fifteen metres away, and he looped a pass, to him of terpsichorean feet and he danced his way across field, then straightened and gave a deft pass to Hyperbulian Hugo, who exploded over the line for a winning try. 10-15. The rest of the game was a to and fro, exciting deluge of effort and action, and frequent neuro-traumatic moments. However, that remained the score, and so we got the first win in five years V Old Wesley RFC.

You will have seen that we remain in third place with both Buccaneers and Armagh City gaining a point on us, which in the overall situation means little, however that win means a great deal and keeps us in a perfect position. It will be clear that next Saturday when we entertain Highfield before a month’s break it will be of such importance that you simply must make it. Okay, it is fast flowing towards Christmas with much to do and get. It is, if you really think about it, worth arranging or rearranging your schedule so you can make it, it is only for a couple of hours and sure what of it if you decide to stay on and have a drink, as you won’t see yer one until next year. Marys-Marys-Marys.

Great credit must go to Ronan and his team for that hard earned and skilful win and similarly to Sean, Jamie, Conor and Modser. We can look forward with justifiable optimism to next Saturday and beyond. It is good to hear that Liam Corcoran is back in full training and that Craig Kennedy, although with a fair time to go is making progress and like a true team man is at every game. While on Kennedys, everyone at the club is highly elated with young Terry Kennedy’s World 7s Player of the Year. Congratulations Terry.

Remember get there and Roar on Ronan !