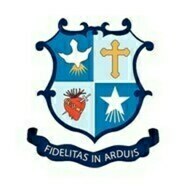 Last October 30th almost a year ago today, we played City of Armagh here at Templeville Road. The final score was 35-13. And the first few lines were:-

“In spite of the inundations of the previous two days, the pitch was in perfect condition on a bright and breezy afternoon. And as the sun sparkled; so too the team. It was proof perfect of the fine fusion of coaches and team; a near work of natural art; a goluptious performance”.

How history repeats itself. Today was wickedly wet and vagarious, until close before kick-off. However, by kick off, it was reminiscent of a sizzling summer’s day.

Playing down, Marys had a mixed first half but by the time the second half had drawn breath, there was almost a voluptuousness about it; it certainly seduced the crowd (although no Marys-Marys-Marys!). Today, Sean must have been cooing as he saw his charges rise from potential to actual and then on occasions take wing and soar. Different were the breakdowns, where Marys attacked them aggressively and accurately, different too was the pace, which may well have been what swung the joust; and different too was the passing accuracy. Overall it allowed our players express themselves and blend as a team, with both forwards and backs in harmony. Needless to say, we cannot get carried away, there were some slip-ups in defence and our lineout was not always reliable. However, the supporters’ aura told the tale, we are happily, whirring.

What can one say about performances? A superb afternoon for Hugo (the Silent Assassin) Conway, with a triple try scoring brilliance. The scrum was outstanding in the second half. Having Mighty Mick back, was a valuable delight to all, and admiration for young Adam Mulvihill grows, weekly.

Today’s backrow was exemplary and led the assault on the breakdown, gain line and defence. Skipper Ronan is the epitome of a skipper and a superb backrow man, who can play across the line. He makes good decisions and leads by deeds. Niall Hurley showed last season, even as a neophyte, what potential he has. Playing the first half today, he got through a lot of defensive work with élan. Ethan Baxter, who took over at open-side in the second half also showed his open-side verve in attack and defence. Ronan Foley, who came home to Marys this season, has been revelatory of his talent, courage and enterprise at Eight. Today he was outstanding; controlling the ball in the tight, taking it on exactly when needed, and being almost miraculously where required. He made some superb tackles and turnovers, with exquisite interventions which were crucial to the game’s outcome. His overall contribution to the match meant he received the SoftCo MoM Award.

There was a cohesion about the backline, especially in the second half, it ensured sharper attack and more effective defence. This led to both wingers having more involvement and it showed with their performances, their terpsichorean-like running, leaving defenders hiant, on occasions. Hugo was superb in his attack play; what a contribution he made. We must never take Mick O’Gara for granted or his contribution in all respects, including his excellent kicking. Ryan O’Loughlin’s comeback was the most pleasant of surprises, with a top-class game, it was reminiscent of the London comeback of Tony O’Reilly. Welcome back, Ryano. Also, very good to see Conor Hickey finding form.

After only three minutes, visitors Armagh, who played their part in very many ways, with an exciting open system of play, scored a penalty, but 11 minutes later after a sharp attack by Marys into Carvill Corner, an attempt at an intercept on the last pass from Conor Hickey to Hugo, was penalised with a penalty try and a sin binning for the Armagh. 7-3. On 20 minutes Hugo got his try, with a very similar move and Hugo had a enough space to dot down in Carvill Corner. A superb O’Gara conversion, made it 14-3. Four minutes more had gone, when after a number of attack-drives on the Marys’ line saw the outhalf get the ball and float a pass wide to his left winger who went over in the Cabbage Patch corner; and the score was 14-10. It was 39 minutes and again Armagh moved the ball, this time from left to right, and a defensive lapse let them in in the Well Corner, 14-15. Mick O’Gara’s penalty made the score 17-15. Then, just on half time a high tackle got the home side a yellow card, and the visitors a penalty to touch, leading to a spectacular marching maul up the centre of the pitch over 30 metres, for a converted try under the posts. Half Time 17-22.

Second half, St Marys had to play the first ten minutes with 14 men, but handled it excellently and started building phases and tempo. The yellow card had just expired when the piece de resistance came in the form of a brilliant team try, from their own half by Marys. The ball passed through seven pairs of hands and was finished by the Silent Assassin, Hugo. Mick added the two and so it was 24-22.

It was 27-22 after a penalty by Mick on 57 minutes and then another superb try, from a turned over ruck in the Armagh 22 that saw the ball through hands and Conor Hickey going over close in, converted by Mick, 34-22.By now the Marys scrum was totally dominant and panurgic Podge Dundon and Harry MacDonald were adding their expertise. Finally a loose ball was superbly delivered wide and Hugo, the Silent Assassin struck again. It ended 39-22.

We are home again next Saturday, this time to Banbridge. We must now build on a superb win. We are now third on the table, behind leaders Buccaneers and UCC. We must not slip up. To add to our depth and strength we have Craig Kennedy coming back in, also Niall (Niffer) McEniff, Tommer O’Reilly and in a couple of weeks’ time, Liam Corcoran will return.

Most years now at about this stage I put my own poem depicting the rugby season:-

Blue, with mud and sweat, the jerseys stained and gory

Tell happiness or sad, the game and all its story,

Clanking studs upon the floor, hissing of the shower,

Steam, and mist, humid smiles, the weakness or the power.

And after yet the patted backs, else the eyes averted,

Each week anew the nervous strain, hope to gain in league,

Later on, the points to tot, not feeling the fatigue

Gliding by, the season whirs, squad in joyous fusion

At last the human thought exists, triumph to proceed

If not, next season will arrive, then we shall succeed.