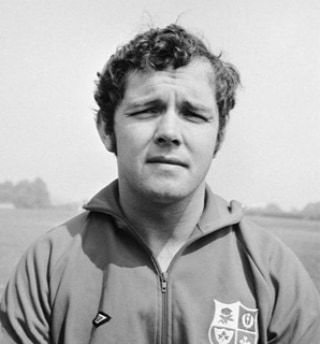 May 12th, 1971 - this date has huge historical importance for our great club.

It it now 50 years since Sean Lynch became our very first British and Irish Lion when he travelled to New Zealand all those years ago and played his first test match!

Sean was also our first official international in 1969, and according to St. Mary's legend and historian D O’Brien: There were marvellous celebrations for Sean when he was named on the Tour – but he remained the most modest and laid-back fellow. He was our captain, and in 1969 he led us to the most coveted cup in the country at that time – the Leinster Senior Cup – when we’d only won it once before, beating Trinity College Dublin in the final!

Not only was he a tremendous player for his club St. Mary’s, but he was also capped a total of fifteen times as a prop for Ireland between 1971 and 1975, and when toured New Zealand in 1971 with the Lions, he played in all four tests against the All Blacks!

To signify the importance of this incredible achievement, only a few years ago we renamed our Club bar the Sean Lynch Bar.

So Sean, thank you for all you did and continue to do for Mary's, both on and off the pitch, and we can't wait to see you and Ronan again in the Swan Bar once we're allowed to!