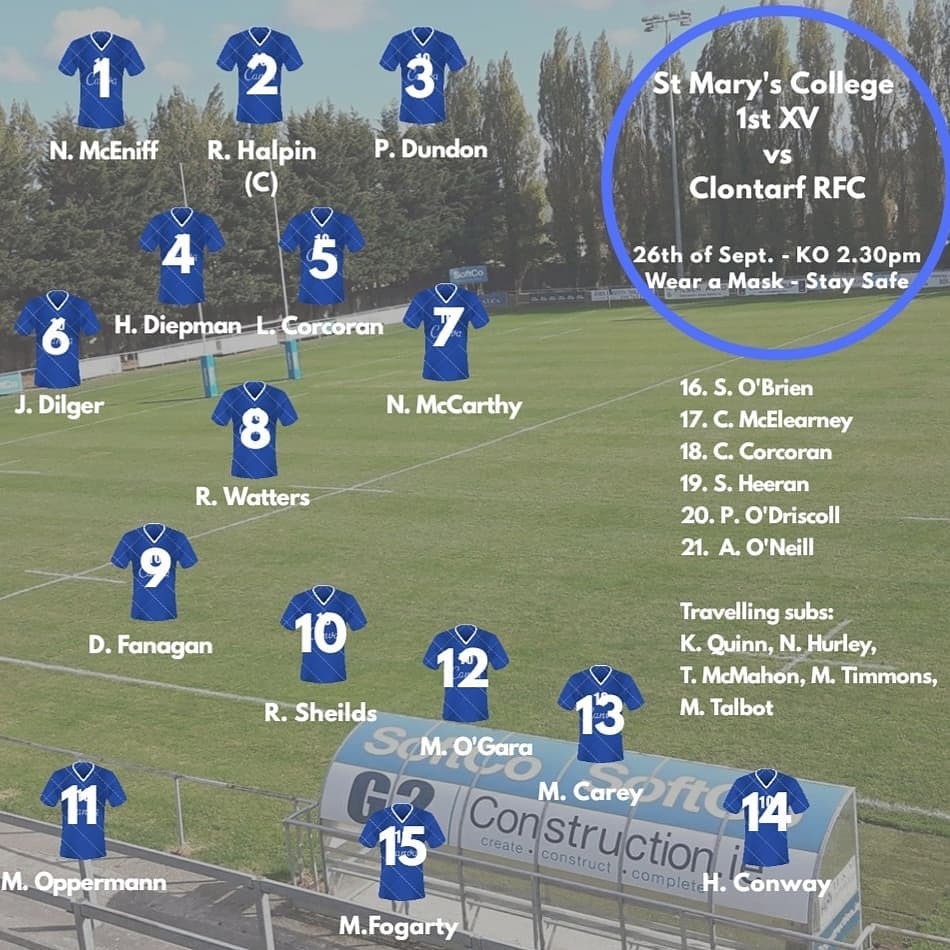 Here's the squad for tomorrow's match VS @clontarfrugby, which kicks off at 2.30pm. Although we can't have spectators in Templeville Road, we will be streaming the match LIVE!

Finally, after over 6 months, we have the return of All Ireland League action, albeit in the guise of the Leinster Conference on the Energia Community Series. Although, under the current Covid restrictions, we cannot be in Templeville Road to watch what could be Leinster’s Conference 1’s match of the day, St. Mary’s College RFC v Clontarf. Luckily, that's where the streaming comes in.

Meanwhile, St. Mary’s have begun the season with some positive early season performances. First up beating Lansdowne 34-19 in friendly action in Templeville Road. Unfortunately, despite a late surge, UCD beat them in their Leinster Senior Cup 2nd Round 35-19, also in Templeville Road.

Hopefully it wont be too long until we can see the return of spectators to Templeville Road!!