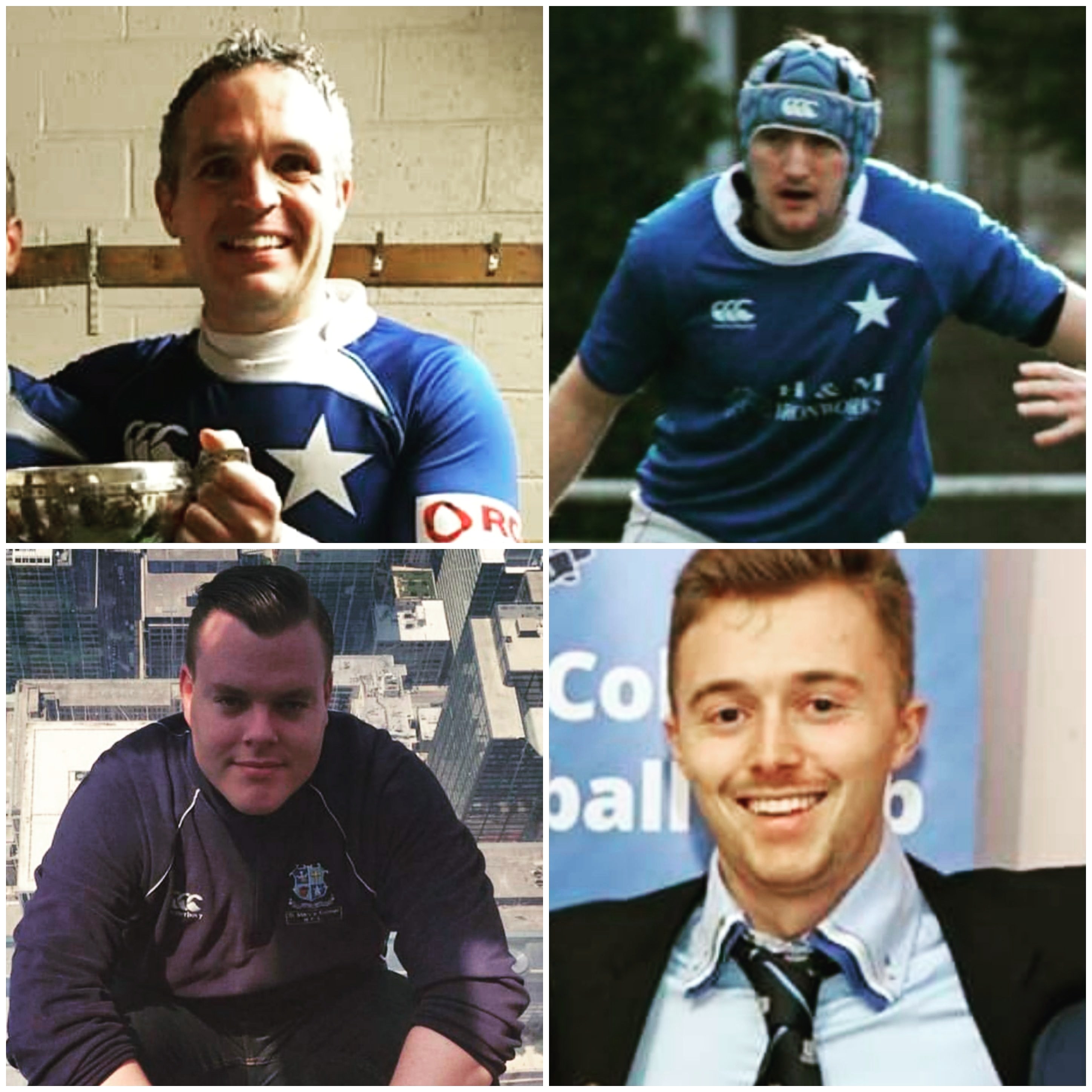 We have some big news to announce at J2 level:

Sadly this season sees the departure of coaches Gavin Thornberry and Ronan O'Doherty who are both taking a well-deserved break following a number of years of service with the J2s - thanks a million lads for your hard work and dedication to Junior Rugby and see you back soon!

However, the good news is that we have two club legends coming on board as our new coaches:

David Lyons (Lyonsy) a former first team player, who managed the first team for the AIL win in 2012 and managed the Leinster 7s team at the Club 7s World Cup will join as the new backs' coach. Lyonsy has also won medals from the 1sts to J3s since joining the club in 1998; most recently with the 2017/18 Moran Cup winning J3 team.

Graeme McInerney (GMac) who is joining us as our new forwards' coach has won 14 trophies in the club across U20s/J1s/2s/3s and is second only to the legendary Frank Kennedy on the Club all-time trophy winning list. He played for the J2s for 12 consecutive years winning 10 trophies and also captained the J2s for 5 years - including back to back doubles in 2013/2014. He represented Leinster at U20s but most importantly is the Club's reigning Strictly Come Dancing champion! Two great lads with serious CVs that we can't wait to work with.

We also have Harry Ebbs sticking with us - allegedly author of all the match reports last season - rumor has it he taught Gerry Thornley everything he knows. Harry decided he didn't need to list his accomplishments (of which there are many) unlike two coaches who will remain nameless (see above). He will be working alongside the returning Aaron Hudson in a management role. After managing the J2s for a number of years previously, Aaron is returning home. He was suffering from a terrible case of FOMO and despite his rough and weathered exterior, he's really a big softie who can't bear not being part of this great team! It's good to have Aaron back on board and we're sure he's delighted to be back too!

Due to the new restrictions in place due to Covid, the J2s have two Compliance Officers - Alan Blake and Harry Ebbs in place, to ensure the Club’s 'Covid Return to Play Protocols' are carried out correctly.

Training will begin on Monday 17th August and we can't wait to get back!

For more details on J2 Rugby in the club please contact Harry Ebbs at harryebbs@hotmail.com