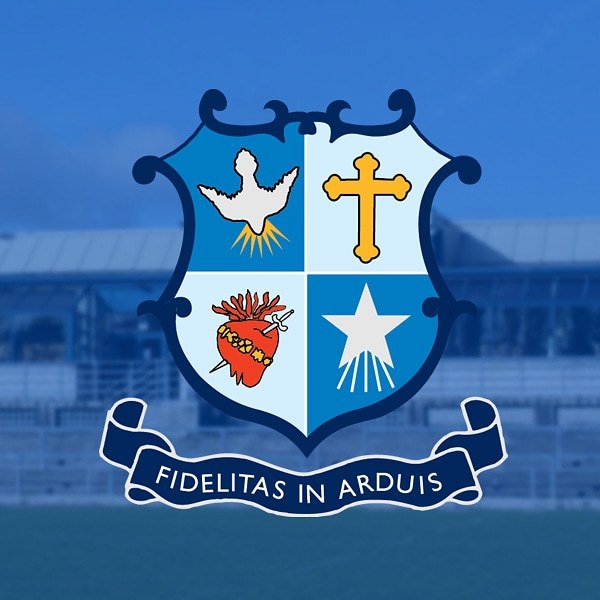 It is with regret that we inform you of the passing of Ned Carmody.  Another St Mary’s College hero, and former exceptional player, coach and person, has died this year. Having been at school at Synge Street, Ned Carmody had never played rugby before he joined our club in 1954 and like many others who have not played previously started on the wing.  It was soon clear that Ned had a feeling for the close involvement and switched to the pack, to which he displayed an immediate affinity.  He was fast, strong and fearless, he also had an innate athleticism, spatial awareness and quick reactions. He learned rapidly, and quickly found himself as a top class, openside flanker.  He was soon capped for Leinster and established a formidable back row with the Kavanagh brothers of Wanderers. He was of course a vital member of the famous and seminal, Joe Fanagan XV that won St Marys’ first Leinster Senior Cup. He captained the club the following year.

He later, enthusiastically turned to coaching where he was an outstanding success, coaching the senior team to many triumphs, notably the marvellous Sean Lynch 1968-69 LSC triumph, J B Sweeney’s team winning the inaugural Leinster senior League and; with his teammate of 1957-58 Vincent McGovern, the 1975 All Ireland (Bateman) Cup, captained by John Moloney (in The absence through injury of Terry Young). No less a man than the brilliant John Moloney, who not only starred for ,and captained the club to LSC victory, but was a star Irish scrumhalf and British and Irish Lion, attests Ned to have been the most influential and best coach he ever had. He says he was inspirational, knowledgeable and creative. During that period also, Ned was a popular and sociable member always willing to help and guide. He played a fine game of darts and was a member of the St Mary’s inter Rugby club darts’ team. He had a most distinctive, clarion laugh.  It was always possible to pinpoint Ned even in Lansdowne Road, when attending games by that laugh. It was an endearing characteristic.

Ned who was a grade 1 tennis player, so when he finished coaching, he returned to it at Templeogue Tennis Club. He became the senior player coach, and generally organised the club. He continued to play for many years. As he lived close by, he spent a great deal of time there and made a signal and lasting contribution to that club. He was greatly valued, admired and respected there. Up to recently Ned was a frequent sight on his bike, as he cycled everywhere, around the Templeogue/Terenure and Rathfarnham areas.  Three years ago, the club hosted Ned and all his old club colleagues and friends in a packed bar, where he received the highest honour our club can bestow on a member.  He was awarded life honorary membership. John Moloney made a memorable speech in Ned’s honour and Ned replied in like, manifesting what John had attested to, his outstanding ability to inspire and entertain.

As Ned cycles off, all who knew him and his club, mourn him deeply. Thank you Ned.

In accordance with government guidance, a private Funeral Service will be held in The Victorian Chapel, Mount Jerome Cemetery, on Saturday at 10am and may be viewed HERE